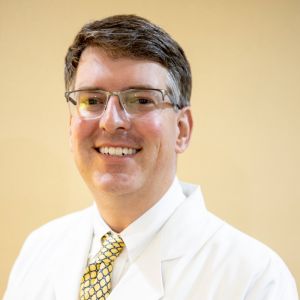 Dr. Forrest Crabtree is a native Mobilian who graduated from UMS-Wright Preparatory School in 1997. He attended Samford University in Birmingham where he played on the golf team and was involved in various social and community organizations.

He graduated from Samford, where he held the office of Inter-fraternity Council President, in 2001. He then went on to dental school at the University of Alabama School of Dentistry, where he was American Student Dental Association President, and graduated from there in 2005.

In 2019, Dr. Crabtree completed his Fellowship in the Academy of General Dentistry (FAGD). This award is obtained through 500 hours of continued education and requires the recipient to pass a 4 hour written exam covering all aspects of clinical dentistry. Less than 7% of dentists receive this award nationally.

Dr. Forrest Crabtree spends his time with his wife, Kelly, their two boys, Mac and Parker, and their daughter Ellie.